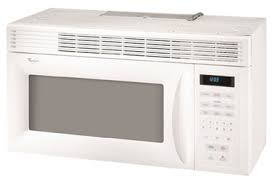 The model in question is the over-the-range KitchenAid KHMS155LSS.

Officials says fires involving the microwave were reported in Washington state and Florida. In some cases, fires started when the microwave was not in use. Another microwave fire was reportedly caused by electrical arcing.

Whirlpool, which owns KitchenAid, says it has not been able to verify a single microwave fire report.

There is also a similar investigation involving GE microwaves – specifically involving the GE Spacemaker line. Six of those cases involved serious fires. None of those microwaves has been recalled, and the problem is not limited to those two manufacturers. The Consumer Product Safety Commission says it is investigating the safety of all kitchen appliances, including microwaves by every brand.

If you have a problem with your microwave, unplug it and have a technician look at it. And it’s a good idea to know which circuit breaker turns off the microwave in case of an emergency.

If you’re experiencing a problem with a microwave or any appliance, and not receiving any response from the manufacturer – it’s in your best interest to contact a San Diego Personal Injury Attorney to file a proper claim and recover compensation for any damages that have occurred. Don’t put your home and personal safety at risk.

For a complete list of ratings and recommendations on all kinds of products, including appliances, cars and trucks, and electronic gear, visit ConsumerReports.org.