It may be a good idea but comes with consequences

If you’re a cyclist in San Diego, chances are good you’ve already heard about state senator Carol Liu’s February bill. In case you haven’t, SB 192 is a universal helmet law: if you ride a bike you have to wear a helmet, whether you’re thirteen or thirty-one. The bill also requires wearing reflective clothing at night, but it’s the helmets making people hot under the hood. 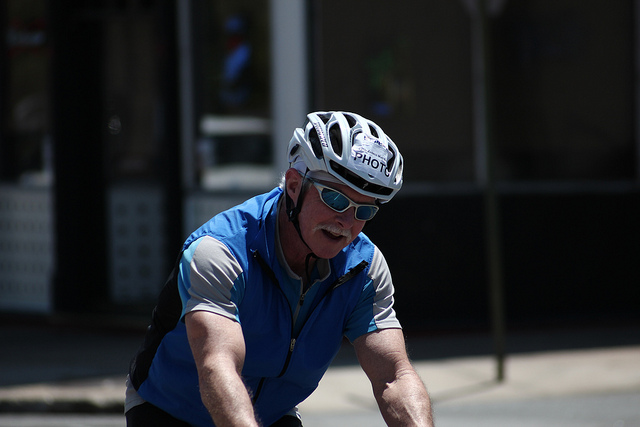 Bike helmets may prevent injury, but requiring them may backfire

Objections to the proposal are coming from both freedom advocates and bicycle enthusiasts. The second group standing against the law is interesting, because a lot of bike riders will tell you that helmets are a good idea for riders of all ages. Their objection comes from what happened in Australia in the 90s, when a mandatory helmet law went into effect nationwide.

Accident rates went down, but a significant percentage of people stopped bicycling rather than put on a helmet. Both the California Bicycle Coalition and the San Diego County Bicycle Coalition prefer increasing the number of Californians riding bicycles—thus acclimating drivers to bicyclists— and improving road safety.

The stakes are higher here in San Diego where DekoBike is just starting to make bicycles available for short rentals. They do not provide helmets. If SB 192 goes into effect either DekoBike or riders will have to have helmets, and either way fewer people may use bikes for their commutes or quick trips.

The same could happen to those who own their own bicycles who may choose to drive a car rather than ride a bike if they have to wear a helmet.

Do we really want fewer bikes on the road? Is that the answer to bicycle safety?

Groups like the San Diego Bicycle Coalition are advocating change, but it’s not with the helmet law. They’d rather see efforts put into making our streets safer to ride as you can see LA is doing with their protecting bike lanes in the picture below. 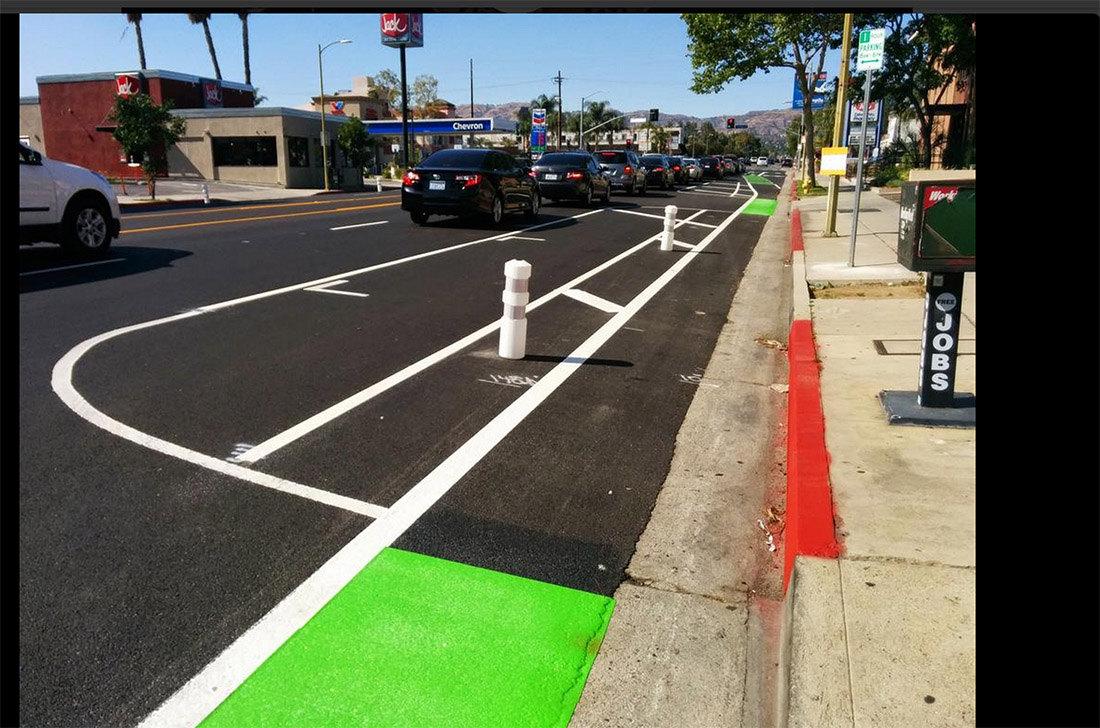 And this ingenious entry into the George Mason University 2014 Cameron Rian Hays Outside the Box Competition advocates for proper design of refuge islands, crossing position and signal timing to create a safe intersection that cyclists of all ages and abilities would feel safe in.

Protected Intersections For Bicyclists from Nick Falbo on Vimeo.

It’s my head. Shouldn’t I be able to choose? You can – at least for now.

Choosing to wear a helmet is always the best choice for your safety, on every occasion. But it appears that California lawmakers are going to decide between making that choice a must or leaving cycling convenient – whether you like it or not.

So, if you like riding a bike in San Diego maybe you’re feeling a little “hot headed” at the thought of having to wear a helmet under our hot summer sun.

And maybe you’re thinking that since cycling is carbon-free transportation, we should be doing what we can to get as many bikes on the road to keep San Diego’s air clean.

Given the history, that would mean we fight against the helmet law.

But as a personal injury attorney who knows first-hand how devastating head injuries are to the injured or killed and their families, I have to ask, is the increased risk of injury from helmet-less cycling worth the cost?

Or is the better solution to put or keep more bikes on the road, which in turn will educate drivers and possibly lead to street improvements, and thus make cycling safer all around?

Let me know your thoughts in the comments below. And if you want to take a stand against the bill, you can sign the Bicycle Coalition’s petition to stop the bill here.

In any case, helmet or not, please ride safe.

Helmet or not, holding the negligent accountable can help to make cycling safe on our San Diego streets. If you are injured in a bicycle accident due to the negligence of another, please contact one of our experienced San Diego bicycle accident lawyers. He or she can help you get full compensation for your injuries – including medical bills, lost wages, pain and suffering, and more. If you don’t know if you have a case, please submit the form below for a free case review by one of the attorneys here and we’ll let you know.

Coming up soon in our blog: Drivers, here’s what cyclists want you to know besides “it’s my road too.” Follow us in Facebook to get notified when it’s posted.